Mavic isn’t known for making pedals but they partnered up with Time and rolled out a whole new series of pedals for mountain bikers as well as for the road. The Mavic Crossride SL Elite is a compact body float style pedal which features Time’s ATAC system. The similarities however go much further than that.

Prefer watching the review instead of reading it? Click below or check out the My MTB Guide Youtube Channel for more MTB videos.

Looking at the esthetics of the pedals it should be clear that Mavic rebranded most of Time’s ATAC pedals. There are no really obvious differences except the branding on the pedals. The Mavic pedals are also marked with ATAC indicating that it uses Time’s ATAC system. The lineup suggests that the Mavic Crossride SL Elite is the rebranded version of the Time ATAC XC6 and comparing the features largely confirm it, but there are some minor differences.

The main features where the Mavic Crossride SL Elite pedals try to differentiate itself from the competition are the amount of float, mud clearing capabilities and contact area with the pedal. Float is the amount of free movement that your feet have while being clipped in your pedals. This limited amount of movement is intended to reduce the tension in your knees and thereby reduce the risk of injuries, however, proper cleat and bike setup remain important. The amount of float is 5 degrees angular and 2,5mm lateral. The release angle of the pedals can be set by switching over the cleats from left to right and vice versa. This results in a release angle of 13 or 17 degrees. However, it’s is possible to install the separately available Time ATAC Easy cleats which have a release angle of 10 degrees.

The ATAC pedals are somewhat known for its mud clearing capabilities, off course not like the open design of the Eggbeaters, but still better compared to SPD´s. It´s no surprise that these Mavic pedals with Time´s design cope with mud really well. When clipping in the pedals, the mud is pushed out from under the arches. The Mavic SL series feature more stability while being clipped compared to for example Eggbeaters due to a large contact area, this works especially well if you´re riding with more flexible shoes.

With the Mavic CrossRide SL Elite model and up you can adjust the spring tension. This adjust the force needed to clip in and out of the pedals but does not influence the amount of float since that is regulated by the cleats. There are 3 settings to set the spring tension to: low, medium or high. Weight wise there not much difference in the whole pedal lineup until you get to the top model the CrossMax SL Pro Ti. The Crossride SL Elite has an claimed weight of 280 grams but in reality it’s closer to 297 grams, which is still a few grams lighter than the current Shimano XTR m9000 pedals at 310 grams.

It´s now about 5 months since I first started to use the Mavic CrossRide SL Elite pedals. I´ve been using Time Atac pedals as my main pedals for over 5 years and they just worked reliably with just a little maintenance. In terms of built quality it couldn’t match the Shimano SPD´s but the quality was still really good. But I do feel that the current Mavic and Time MTB pedals made a small drop in quality. The thing I noticed was that the tension adjust screw is made of a soft plastic. I damaged it the first time turning, checking if it’s set at the lowest or highest limit. You have to be really carefull with the adjustment screw. A few people are also having issues with the pin that holds the spring in place. Over time that pin can back out, releasing the spring. Fortunately I didn’t have this issue but it’s worth noting.

The tension adjust, or Feel Adjust like Mavic calls this, is an option which I only partially liked. In the low setting it’s really easy to clip in and the angular float feels more than the 5 degrees as stated. It almost feels like the float ends at the release angle of 13 or 17 degrees. At higher settings the tension on the float ramps up after the 5 degrees until it releases. I like the float feeling at the high setting, the force needed to clip in and out of the pedals is too high for my liking. Transitioning on and off the bike at this setting isn’t as fast and smooth as I want it to be.

Something what’s also have been with Time for longer and is now with Mavic are the brass cleats. Since this is a softer material it also wears out faster. The wear on the cleats is visible but not yet noticeable. I rarely walk on my shoes and I usually change these cleats every 12 to 18 months.

More in this category: Crankbrothers Shoe Shields review »
back to top
Additional Info 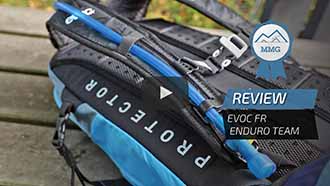 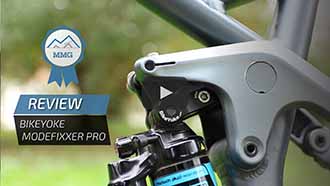 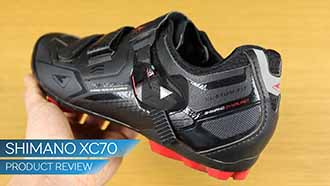